There is no Winter Mailart show for 2014 - But we'd love to get more Wooden postcards to display in our post office.  (click above on "Wooden Postcards")

Stehekin is in the North Cascades, a mountain range in Washington State.  The year-round population in winter 2013 was 81.     There are cars here to drive on the 15 miles of road but rugged terrain always made it impractical to construct a road to the outside.   The "highway" is a 50 mile long lake, Lake Chelan.   We also connect to the world with satellite internet but we need the post office to get library books, newspapers, magazines, netflix and, of course, mail art.

In winter 2013 the Golden West Gallery featured Stehekin Community Art. Mail Artists were invited to be part of the show.  If you click on "Let's Talk" you'll see how it worked.

Stehekin is a private community but it's in Lake Chelan National Recreation Area, part of North Cascades National Park.  The Golden West Gallery where we show your mail art, is in the National Park's Golden West Visitor Center.  The visitor center started its life in 1927 as a resort hotel.  In the 1970's when business was bad and the building needed repairs it was sold to the Park Service.  In the 1990's Stehekin's artists began a partnershop with the Park and turned what had been the hotel's dining room into a gallery.  The gallery space fills with natural light every day. 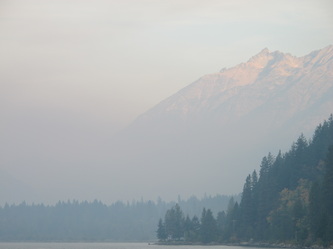 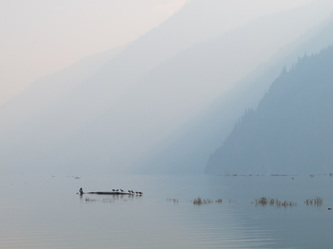 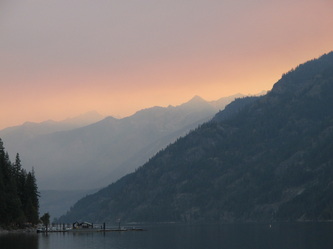 September brought smoke from several wildfires, the closest was 14 miles away.  We've had many closer fires but this late-season smoke was especially pervasive and pungent. 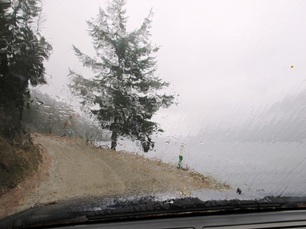 October and most of November have brought a lot of rain.  Every thing outside is soggy.  Snow is expected later this week (first week in December). 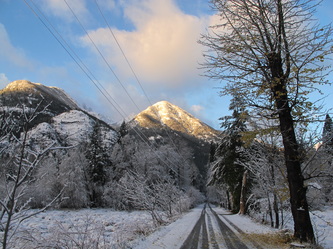 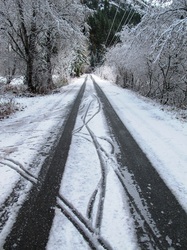 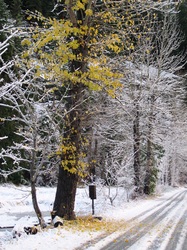 Early November saw small amounts of snow but the rain washed most of it away. 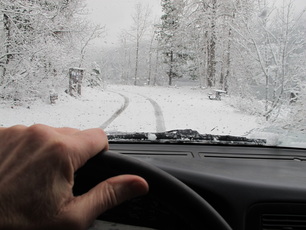 December 21st - The first day of winter and the end of the old world, beginning of the new if you believe the Mayans.